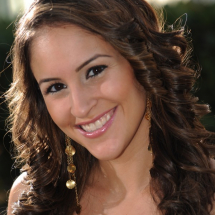 Born and raised in South Dakota, Megan Sanchez graduated with her Bachelor's in Music specializing in Vocal Performance from California State University Northridge. Since graduating, she has dedicated herself completely to voice, piano, and strings instruction. As a multi-instrumentalist, she is able to show the connection between different instrument groups and offer a strong insight into how musical concepts overlap.

Megan grew up in a musical home, and her first instrument was piano. Her mother is also a pianist, and Megan continued her study through college as her secondary instrument. She teaches both classical and popular music, as well as singing at the piano, which is a combination of self-accompanying and singing at the same time.

In the 4th grade, Megan started playing viola with her school orchestra, which then branched into learning violin and cello. She studied strings for over 10 years and continued playing independently through college. In teaching strings, Megan follows a traditional methodology so that note reading is covered from the very start of lessons, and she incorporates classical and popular music for students.

Though her early music study was on piano and strings, Megan has always had the strongest passion for singing. Starting in the 5th grade, she regularly participated in elite choirs, like all-state, all-city, all-county, and in college, she was in the Northridge Chamber Choir. Her formal vocal study in private lessons began in college, and she studied with Diane Ketchie-Star. As a trained opera singer, Megan performs and teaches classical voice, but because study of opera can't begin until the later teenage years for students, her younger students often begin on their favorite pop songs and Broadway standards.

Regardless of the instrument, Megan's goal is to instill a love for music and notion that hard work and dedication pays off. She encourages creativity alongside a firm understanding of music theory to help her students express themselves through their instrument. As an added offering for her studio, Megan often helps students make a professional and nicely mixed recording of themselves. This is just one motivational technique Megan employs, and she excels at helping students feel pride in their work. Overall, she wants to give the ability to learn music independently to students, as she believes it's an amazing gift to be able to instill and one that can be enjoyed for the student's entire life.

Differences Between a Piano and a Keyboard