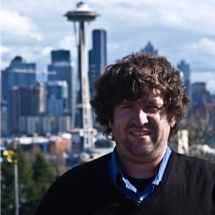 Guitar and Piano teacher Matt Felton is a multi-instrumentalist musician, composer, band leader, producer and recording engineer in the Seattle area. He graduated from Seattle Pacific University with a degree in Music with an emphasis in recording technology. While attending SPU, he taught the basics of recording to new students. Matt has played piano since the age of 6 and guitar since the age of 10. He also plays drums and bass, and sings in the band that he fronts and composes for. On piano, he is classically trained, but plays jazz regularly in various jazz jam sessions. On guitar, he plays blues, rock, funk, and folk.

Matt's passion for music has allowed him to work with top industry professionals and dabble in music ranging from orchestral symphonies to rock bands of today. While attending SPU he worked at Studio X, one of Seattle's most prominent recording studios. During that time he worked on recording orchestral scores for such organizations as Disney, and Hallmark. In addition to working for Studio X, Matt also helped on live productions for acts including Styx, Chicago, Cheap Trick and The Guess Who.

Matt lives to make and share music. He is a qualified and dedicated teacher with a passion for seeing his students succeed. He believes that the best way to teach is to instill the passion for music in all of his students. To excite the student to explore the world of music is the greatest thing a teacher can achieve in Matt's opinion.