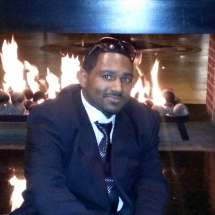 When Mario turned 10, he began to play saxophone for his elementary school as a prerequisite. He immediately fell in love with it and became serious about learning about the Alto Saxophone. Right after the end of that school year, As Mario studied the craft more and more, music became what he choose to pursue after hearing John Coltrane's A Love Supreme at age 11. This particular album featured one of his heroes playing a masterpiece that Mario felt his passion turn towards learning jazz and music theory. His time and energy outside of school was devoted not only to playing Alto saxophone, but learning all saxophones, flute, and piano as well. By high school, Mario was able to use his talents and work ethic to be in the top jazz bands, classical ensembles, and small groups. He was in the OMEA All Star Jazz Band in 2002 and 2003, went to IAJE conference in Chicago as part of the Tri-C High School All Stars, and was part of the Monterey Jazz Fest High School Invitational in 2001.

As Mario was leaving high school, he went to Cuyahoga Community College where he received a scholarship to become a student in the Jazz Studies Program. He was placed in all Honors courses for his General Education Requirements throughout being enrolled there. Mario excelled in the Music program and was on the Dean's and Honor's List for 3 of his 4 semesters. After two years at that program, Mario decided to go to University of Akron to further his education. He was able to start playing and performing a lot of Salsa and Merengue music with local professional players on the scene. Mario was able to embrace the culture and become a fixture on the scene until he decided to make his next step in moving to Atlanta,
GA in 2010.

Currently, Mario is playing with many different corporate bands and groups. He is also teaching and doing clinics in the Atlanta area. Mario mission through teaching is to get students to appreciate all kinds of music and assist them in their musical education that will help them excel in other areas of life as well.