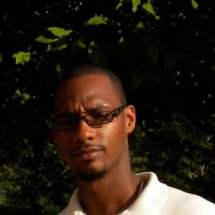 At an early age, Mario Fogg was introduced to the world of music. Even though there wasn’t a drum set in his house, he made do with pots and pans laid out on the kitchen floor. Mario’s parents were musicians: his mother a choir director, and his father a bass player. Music was always staring Mario right in the face.

At school, Mario’s gift and love for the drums became evident as well. During a rehearsal for a school’s play, Mario, his cousin, and a friend would opt out of singing and instead would play on the metal chairs as if they were drums. The teacher was impressed by Mario’s talent and couldn’t help but to feature the young musicians in the school’s play as percussionist.

While studying at the Atlanta Institute of Music, Mario was in high demand as a studio session drummer. The recording students would seek him out hearing about Mario’s ability to play with the click, and versatility to play any genre of music. Mario took every opportunity to play and it led him to working with the Atlanta Engineering Society at Turner Studios for their annual student workshop.