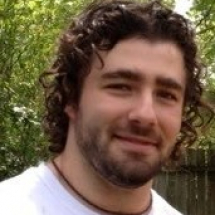 Joshua Barnett has been studying and playing music since he was nine years old. He began with the violin in third grade, and when he began taking guitar lessons the next year, he could not get enough of music. After playing all through grade school, Josh attended St. Mary's College of Maryland, where he studied with guitarist Orlando Roman and composer David Froom. He completed his music degree in 2008 with focuses on guitar and composition, and received the Mattie M. Key award for musical scholarship. Josh later earned master's degrees in musicology and composition from the University of Maryland, College Park (2012) and Shenandoah University (2014), respectively.

Josh is currently an instructor at the Community College of Baltimore County, teaching music classes and giving private lessons. He also performs with groups around the Baltimore and DC area. Outside of his training in classical music, Josh also studies and plays such genres as folk, bluegrass, and rock, and has experience with the piano and harmonica, in addition to the guitar. As a teacher, Josh believes that music is a skill and art available to all who are interested, and that no time is ever wasted in exploring one's musical abilities and curiosities.

Check Out Our Baltimore Music Teachers