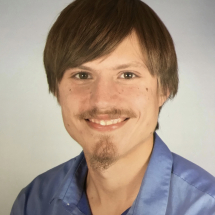 Jay Beard is a life long musician specializing in a number of instruments including piano, guitar, bass, and percussion/drum set. A graduate of the University of Central Florida with a degree in Music Composition, he teaches a variety of genres including classical, jazz, rock, and popular music. Some of his accomplishments include founding the Pegasus Composer Society at UCF, writing a 3 movement symphony for full orchestra, and co-creating a music theory document cataloging almost every possible scale titled “Scales Sets as Sheet Music”.

Jay began learning music at the age of 5, initially drawn towards classic rock music. He eventually studied percussion in his first two years at UCF which lead to a deep passion for classical music. After in-depth study of the music of Claude Debussy and Alexander Scriabin, he went on to study music composition. He has since composed music for a wide range of instruments including piano, full orchestra, choir, and electronic music. His original music can be heard on his growing YouTube channel titled “Jay Beard Music”, along with videos analyzing Scriabin’s music.

Since his classical studies, Jay has incorporated his appreciation for popular music with his classical foundation, allowing for performances that appeal to a wide audience. He currently performs music by artists such as Randy Newman, Khraungbin, and ABBA in local bars and restaurants in the Orlando area. He also regularly plays music for the children of Welbourne Avenue Nursery.

Jay inspires his music students with his encouraging demeanor and love for music, aiming to promote a lifelong enjoyment of music in all his students.