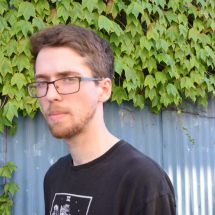 Jason Abbot is a guitarist, songwriter, producer and engineer born and raised in Everett, WA. He started playing guitar in at the age of 13, just looking for a fun hobby to pick up but along the way found a deep passion for music that couldn’t be contested. Jason studied music theory and jazz improvisation for two years while earning his AAAS in Audio Engineering at Shoreline Community College. It was during this time that he fell in love with the improvisational aspect of music while studying under his Jazz Improv professor Steve Kim. Jason spends his time performing lead guitar in his band In Aisle Eight while constantly creating music with friends and colleagues that he has met along his journey.

There is a certain comfort that music brings that cannot be replaced, and Jason strives to share that with his students. Music is fun, so lessons should be, too. Jason wants to help his students create a life-long bond not just with guitar, but with music in general.