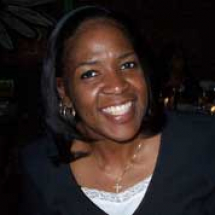 Janice Annette Gatson is the youngest of five children, born to Eddie & Shirley Gatson, Sr., in Birmingham Alabama. Janice's parents recognized their daughter's interest in music as Janice tried to make music from anything that she could get into her hands.

Janice attended the Birmingham [Jefferson County] public schools from first to ninth grade, where she sang in the school chorus and played clarinet in the band. In her sophomore year, she attended the Alabama School of Fine Arts, where she majored in music [piano]. Throughout her sophomore to senior year, she accompanied many students, was a part of the chorus and played clarinet and harp in the schools' orchestra. After graduating from the School of the Arts, she attended Jefferson State Jr. College, where she majored in piano and voice.

In 1985, Janice relocated to Atlanta, Georgia where she continued with her love for music. She became a part of the music ministry at Butler Street CME Church, playing for the Gospel choir. After three years at Butler Street, she started playing for New Mt. Olive Baptist Church in Atlanta, Georgia. After a year of faithful service at New Mount Olive, she became an official musician of the church. There she played organ and piano, directed and taught all voice parts to all of the church's various choirs. Not knowing that her faithfulness to God and to New Mount Olive would lead her to become the Music Director; a position she continues to hold.

Janice has strived continuously to pursue her passion for music, playing keyboard and singing back up for many local artist and small playhouses. God has allowed Janice to share her musical gifts with some of the most prominent artists in the Gospel Music Industry including Shirley Caesar, Slim and the Supreme Angels, and Juanita Bynum. In 1995, Janice had the opportunity to join the recording choir known as "Rev. Velmer Watkins and the Angelic Gospel Community Choir". As a member of the Angelics, she played keyboard and sang alto for three years, recording numerous CDs. She also had the opportunity to cut her own demo tape.

In 2000, Janice joined the teaching staff of Anointed Gifts International in Marietta, Georgia, an art school and entertainment agency that prepares youth for TV and stage play auditions. She teaches piano and assists in vocal training.

Outside of the school, Janice teaches an active studio of private piano and voice students. Through a lifestyle committed to music, she possesses the Spirit of Musical Excellence, and will continue to share her gift to others.