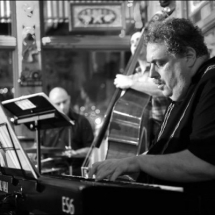 James was born December 28 1953 in New York. He started studying piano at the age of 8 at the Peabody Conservatory of Music in Baltimore. He's been a professional musician for over 45 years and have composed music for television, films, theater, dance and have performed concerts and club dates in North America, South America, Europe and Asia both solo and with numerous groups ranging in styles from jazz, rock, pop, classical, early, new-age and blue-grass. He has recently composed and arranged music for several biopic films about early jazz and rock performers.

With over 30 years experience in music retailing he brings a unique set of skills to any company that he has worked with. Marketing, merchandising, promoting, sales training, market analysis, hiring, and advertising have all been a part of his work experience. Over the years he has won numerous awards and citations for outstanding sales from Kawai, Yamaha, Steinway and many others.