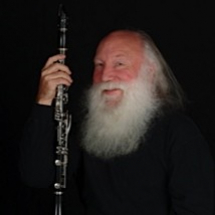 Native to Washington, Erling Iverson is a graduate of the University of Washington, with post graduate studies in Siena, Italy. His teachers have included Ronald Phillips, William McColl, Karl Leister and Anthony Gigliotti.

His first appearance as a soloist was with his ninth grade band at Denny Jr. Highschool playing Weber’s First Concerto. He since has toured the U.S. and Europe. Iverson has released 2 CDs of music for clarinet and piano on an independent label.

Erling loves teaching Clarinet, Saxophone, Flute and Piano Lessons. It reminds him of his own music lessons and reminds him of the effort it takes to learn a music instrument.