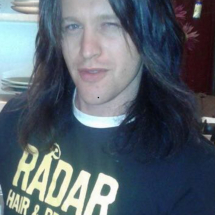 Enrico Mariuzzo is an Italian born rock guitarist, composer, teacher, session player, recording artist and touring musician based in Seattle, WA. In 2012 He graduated at RGA music Academy in Milan, Italy under the instruction of Donato Begotti. After his diploma, He shot the video performing Yngwie Malmsteen's "Far Beyond The Sun", and the video was picked up for the marketing campaign of the Academy and reached over 100,000 views on Youtube in the first few weeks.

Enrico has played in several rock tribute bands and has supported Kee Marcello from the band Europe in Italy. In winter 2013, he toured NY area as a solo artist and performed recording gig sessions for Kip Kaplan. In Summer 2017, after moving to Seattle, Enrico joined Prophets of Addiction, the band of Lesli Sanders (former bass player of Pretty Boy Floyd) and played on the "Take Me To Your Leader" tour in 11 States. He is also the producer, arranger and composer of One Inch At A Time, singer, lyricist and guitarist as well. Enrico is currently playing in his band Drastic Down.