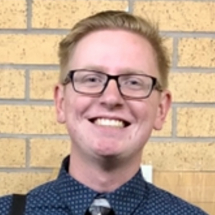 Daniel grew up near Salt Lake City, Utah. His family likes to tell the story about how at the age of three years old, he loved to stand on top of the laundry basket and sing hits from Broadway musicals. He began studying the piano at the age of ten, followed by the flute at the age of twelve, and ever since then has been dedicated to studying music.

While growing up, Daniel taught several younger flute students around his hometown. He also occasionally played piano at church services. In High School, he was the principal chair of the Utah All-State Symphony Orchestra and the prestigious Utah Youth Philharmonic, directed by Barbara Scowcroft. While in the orchestra, he played important works such as Rimsky-Korsakov’s Scheherazade, Sibelius’ Second Symphony, Brahms’ Second Symphony, and the United States Premier of a body percussion piece called “Hands Free,” by Anna Meredith. He received many accolades from the Utah Flute Association in their Federation events and their Senior Scholarship Competition, and also performed Borne’s Carmen Fantasy at the Heritage Festival in Seattle, where he received the Maestro Award and an invitation to a festival at Carnegie Hall.

Daniel’s dream was to attend the University of North Texas, and after a successful audition, began studying Flute Performance and Music Education under Professor Terri Sundberg and Dr. James Scott, where he is now in his third year. He has served as the principal piccolo player of the UNT Wind Ensemble under Professor Daniel Cook and the UNT Wind Orchestra under Dr. Andrew Trachsel. He is an active performer and competitor, being named a winner of the 2021 San Diego Flute Guild Winter Retreat Young Artist Competition, the 2020 NFA Collegiate Masterclass Competition, the 2020 Da Capo Alliance Young Artist Competition, and the 2020 DMTA Solo Contest, and receiving other prizes and accolades in a number of other events, such as the NFA Orchestral Excerpts Competition and the Maverick Flute Soloist Competition. He served as a Stage Crew worker for the UNT Wind Studies department and as the Student Assistant for Library Management for the North Texas Green Brigade, named “The Best Band in the Land.” He still loves to play and teach the piano as well, and has had the opportunity to continue his piano studies at UNT.