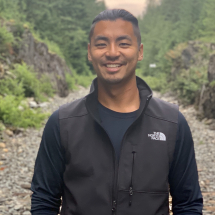 Colton Garrett grew up in Keller, TX where he began his musical career playing tuba at age 12. During his junior year of high school, Colton competed in the Leonard Falcone International Tuba and Euphonium competition and made it all the way to the semifinals round in the young artist division. The following summer, Colton began his drum corps career marching and traveling all across the country with the Santa Clara Vanguard Drum and Bugle Corps from 2013 to 2016. During his age-out year, Colton served as tuba section leader and earned the Mike Korten brass award. Since aging out in 2016, Colton was an addition to the Santa Clara Vanguard Cadets and Santa Clara Vanguard brass educational staffs in 2018 where both corps won their open and world class finals as well as being best in brass in the 2018 season. Colton will continue to be the main breathing and tuba technician for the upcoming 2020 season with the Santa Clara Vanguard.

Colton graduated from Louisiana State University in the Fall of 2018 earning his Bachelor of Music Education degree. During his time at LSU, Colton studied tuba with Galante Endowed Professor of Tuba and Euphonium, Joseph Skillen. In the summer of 2017, Colton competed in the Music Teachers National Association brass competition and placed second in the state of Louisiana. He performed with the LSU Symphony orchestra, LSU Wind Ensemble, LSU Jazz band, LSU Symphonic winds and Tiger Band as well as multiple brass and new music ensembles. Colton’s skills as a brass educator quickly broadened when he picked up secondary instruments such as bass trombone, trumpet, and euphonium. Colton’s musical influences are tubists such as Øystein Baadsvik, Alan Baer, Arnold Jacobs, and Joseph Skillen. Colton has had the opportunity to work with many artists in masterclasses such as Øystein Baadsvik, Timothy Buzbee, Demondrae Thurman, and Charles Villirubia.

Colton is a recent resident to the Seattle area but brings musical experiences from all around the country to the table. He is a relatable and supportive educator that only wants the best for his students. Colton believes there are lessons that are learned while learning an instrument that can be carried on through life. Music is the foundation of communication.