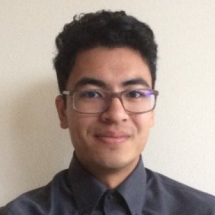 Christopher is a classical pianist and violinist based in Seattle, WA. He began playing piano when he was six-years-old and violin when he was nine. He was awarded first place in the Snohomish Music Teachers Association Student Concerto Competition as well as the Anna Rollins Johnson Scholarship Competition. He is an awardee of the Cascade Symphony Orchestra Scholarship and has earned special recognition in the Seattle Young Artists Music Festival. Christopher has played extensively as a violinist in chamber groups, quartets, and symphony orchestras, most recently as a member of the award-winning Uber Kammersteich chamber group and the Swarthmore College Orchestra. He was also selected to be a member of the Washington Music Educators Association All-State Symphony Orchestra. During his undergraduate, he studied subjects from education theory to music theory, harmony, counterpoint, and form. He also volunteers his time playing violin and piano for hospice patients in palliative care.

Christopher has tutored and mentored throughout his life: from teaching music lessons and academic subjects to organic farming. He believes that learning an instrument is powerful. It can provide you a language that can transcend differences, show you how to learn new skills, and reveal more of an especially beautiful aspect of the world. He owes his success to his teachers and his supportive friends and family.

"If I were not a physicist, I would probably be a musician. I often think in music. I live my daydreams in music. I see my life in terms of music." Albert Einstein