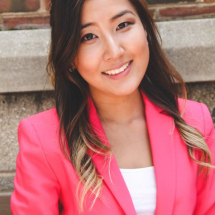 “After silence, that which comes nearest to expressing the inexpressible is music.” This Aldous Huxley quote is one Christine has based her philosophy around as a musician and teacher. Christine hopes to equip students with a stronger understanding, appreciation, and the technical vocabulary to express themselves through music. She works to strengthen the sense of individuality and confidence in each student as they develop musical and life skills through discovering music. Ultimately, Christine hopes to create a foundation for students to have the open mind and willingness to appreciate music throughout their lives.

Christine offers a diverse teaching curriculum for piano and flute with a strong classical foundation. She also loves to teach pop music, holiday songs, show tunes, hymnal accompaniment, and more! Christine is happy to work with students and parents to develop a fun and exciting curriculum year-round.

Christine is an international award-winning pianist and performer. She began taking piano lessons at the age of 6 and won her first competition at age 8. She debuted with the Montgomery County Student Orchestra at age 10, and continued to perform as a concerto soloist at The Kennedy Center and Strathmore Music Center when at ages 14 and 17. Christine was the Grand Prize winner of the First International Hymn Competition and was awarded the opportunities to perform in South Korea and Carnegie Hall. She was also a Winner of the 2010 National Young Soloists Competition with the National Symphony Orchestra, and a National WINNER of the 2007 Music Teacher’s National Association Competition of which she represented Maryland and the East Coast. Her other soloist venues include the Korean American Embassy, The Alden Theatre, and many universities nationwide.

Christine is also a flutist and began taking lessons at the age of 8. She studied under the tutelage of Carolyn Oh, and went on to become the youngest flutist in the Maryland Classic Youth Orchestra at age 10 in the Young Artist Orchestra. Over the next decade, Christine was Principal Chair of the Maryland State Junior and Senior Bands for 3 years and the Montgomery County Band for 1 year. She later returned to the Maryland Classic Youth Orchestra to become Assistant Principal Flutist in the Philharmonic Orchestra for 3 years.

Christine received her Bachelor of Music degree in Piano Performance from the Peabody Conservatory of the Johns Hopkins University with a $40,000 general scholarship. She was accepted into Boris Slutsky’s studio during her senior year of high school and stayed under his tutelage during her time as a student. Past professors include Marian Hahn, Yong Hi Moon, Santiago Rodriguez, and Nancy Breth.