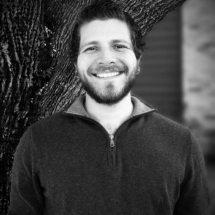 Chris Morgan began playing percussion at age 16 when he was a junior at Byrd High School in Shreveport, La. His father had been playing drums for quite some time, and Chris began to play around with a practice pad and the drumset in his garage. Around that time a close friend of his invited him to join the drumline at his local high school, and took the time to teach him proper hand technique and various rudiments. Through his experience in high school, Chris developed a deep passion for playing percussion. Chris went on to participate in a band camp the following summer, and began to take private lessons from the percussion instructor he met at that camp.

Mid-way through his first semester of senior year, Chris decided he wanted to take music to the next level and audition for music school at Centenary College of Louisiana. He was accepted and given both music and academic scholarships, and attended Centenary College beginning in the fall of 2005. During this time Chris received extensive training in all orchestral percussion instruments from renowned percussionist Chandler Teague, who taught percussion at Centenary. Chris went on to receive his Bachelor of Music in Percussion Performance from Centenary in 2010.

Chris also started his professional career in 2006 when he received his first gig as the full-time drummer for his church. Through this opportunity, he met many musicians around Shreveport and soon thereafter began playing with his first professional band, 3 Chord Truth. During his time with this band he was able to open for national acts such as Cross Canadian Ragweed, Blind Melon, Keith Sweat, Kool and the Gang, and the Gin Blossoms. Chris used skills he learned at Centenary to begin singing both lead and harmonies while playing the drums, which increased his value as a professional drummer. Through his ever-growing connections in Shreveport, Chris received many opportunities to fill in with more accomplished performers such as Stephen Speaks and Darrell Evans. He was also given the opportunity to participate in recording sessions at local studios in Shreveport such as Foxtrot Studio, Sandbox Studio, and Blade Studios.

Chris’ teaching career began the first summer after graduating from high school, when he was hired by Byrd’s band director to help with the percussion section during summer band camp. He took great interest in teaching others, and continued to teach at Byrd’s band camp for every summer for the next six years. Upon graduating from college, Chris also began taking students for private lessons. After these years of experience as both a teacher and performer, Chris was hired by Caddo Parish to teach general music at a local elementary school. Though he enjoyed his experience as an elementary music teacher, Chris realized that his true passion as an instructor is to teach percussion privately.

After four and a half years of teaching, recording, and performing in Shreveport and the surrounding regions, Chris decided to move his family to Atlanta in order to further pursue his dream of being a full time musician. He believes that anyone can make a great living doing exactly what they love to do if they are disciplined enough and refuse to give up on their dreams. Chris makes it a point to motivate his students to pursue their interests with everything they have.