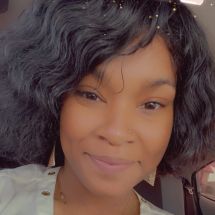 A native of Houston, TX, Canassa Henry began taking voice lessons at the age of 12 while she attended Pershing Middle School. There she also won her 1st Solo and Ensemble competition. She attended The High School for the Performing and Visual Arts, now Kinder PVA, where she studied voice and also began piano lessons. She was apart of various groups, such as Young Performers and The Gospel Choir. She never missed the opportunity take part in solo competitions such as regionals and NATS.

Canassa then attended Mississippi State University where she studied voice, competed in various competitions such as NATS as well as participated in campus plays such as opera scenes and The Magic Flute where she took on the Queen of the night as well as other groups such as choral. While pursuing her undergraduate degree, she was able to perform at Carnegie Hall and has taken her talents abroad to grow as an artist.

Canassa was fortunate enough to teach fellow students and children throughout her career. She has conducted choirs of 30-60 people as well as provided private instruction for voice and piano at her local church during undergrad. Canassa continues to perform professionally, singing at various events according to the year!