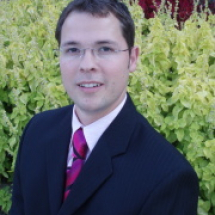 Benjamin Phillips was born on May 29, 1979 in Decatur GA. His Grandmother was an accomplished piano player, his mother is a violin player and his father was a trumpet player. Music just flowed from his family into him. He started taking piano lessons when he was 7 and picked up the trumpet soon after.

In high school he continued his learning and found a passion for performing advanced music literature. College is where it all came together. Benjamin started playing the piano for a small church in Lincoln, RI and soon became the leader of the music department. He gave lessons to other members in the church on how to play piano, drums, bass, organ, strings, and voice and soon had a full band and worship team harmonizing in 3 parts.

After his graduation from Johnson & Wales University with a degree in Hotel & Restaurant Management Benjamin moved back to Georgia and once again dedicated his life to music. He joined the music team of Atlanta West Pentecostal Church in Lithia Springs. Playing piano, organ, bass, drums, trumpet, strings, and singing; and once again started giving music lessons to the patrons of the church. Over the next 12 years, he coordinated the music program for 6 churches in the Atlanta area, developing bands, vocalists, sound, and media teams.

In 2014, he earned a Master of Arts degree in Apostolic Music / Multi-media. He is currently pursuing a Doctor of Church Music (D.C.M) degree.

Benjamin has been teaching private and group lessons for over 18 years. He is proficient in and enjoys the musical styles of Classical, Contemporary, Gospel, Southern Gospel, Band, and all the Latin grooves. He feels lucky to play and share his love in of so many instruments with so many students.