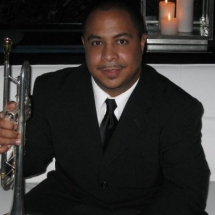 Averil Taylor holds a bachelors degree in music (trumpet) from Clark Atlanta University. There he had the opportunity to study trumpet with Mr. John Head, principal trumpeter for the Atlanta Symphony Orchestra for over thirty years. This instruction, combined with the experiences provided by Mr. James Patterson director of the Clark Atlanta University Jazz Orchestra, gave Averil a strong foundation on the trumpet. Averil's experience with the Clark Atlanta University Jazz Orchestra gave him the chance to interact and perform with legends like Wynton Marsalis, Branford Marsalis, Kirk Whalum, Ramses Lewis, Jon Faddis, James Moody, Ray Charles, Nancy Wilson, Roy Hargrove, and others. The experience that was gained by performing in the Montreaux Jazz Festival (Montreaux, Switzerland) and the Umbria Jazz Festival (Umbria, Italy) and the North Sea Jazz Festivals (Den Haag, Netherlands), gave Averil an international perspective on how jazz music is appreciated in other countries.

Averil also had the opportunity to teach middle school band. This gave him the chance to apply the perspective that he gained in college to teach young people how to play marching, concert, and jazz music. The music program at Tucker Middle School was at one point during his employment the largest in DeKalb County. Averil was particularly instrumental in developing a relationship between the Tucker Middle School Jazz band and the Clark Atlanta University Jazz program. This relationship remains intact. Averil was also instrumental in making the connection between the Tucker Middle School Jazz band and the Rialto Jazz for Kids program at Georgia State University. This program, developed by Dr. Gordon Vernick, coordinator of Jazz Studies at Georgia State University, sends professional musicians/collegiate educators out to metro Atlanta public school jazz programs. Averil was also responsible for starting a new 6th grade band program at the Tucker Middle School South Annex.

How to Choose the Best Guitar Strings for You

Other Instruments You Could Learn If You Play Guitar