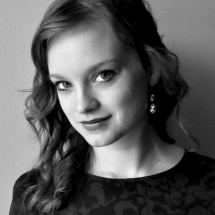 Hailing from upstate New York, soprano Ava Wing began her music-driven life at the age of 5 when she began studying the piano. She received her Bachelor of Music at Purchase College Conservatory of Music with a major in Vocal Performance. She made her operatic debut as Gretel from Humperdinck's Ha?nsel und Gretel at the conservatory. Throughout her time at Purchase College Ava also sang the roles of Tytania in Britten's A Midsummer Night's Dream , Rosalinda in Strauss's Die Fledermaus and understudied the role of Cendrillon in Massenet's Cendrillon.

Ava made her New York City debut with the Metro Chamber Orchestra in the roles of Blonde and Erna in the American premier of Van de Vate's All Quiet on the Western Front. She also appeared with Maryland Lyric Opera in their production of Rome?o et Juliette by Gounod. Ava has studied opera through Juilliard's renowned Daniel Ferro Vocal Program in Italy. Ava is currently a candidate for a Master of Music at the University of Maryland with a major in Opera Performance where she has already sang many roles.

Ava realized her passion for teaching years into her own training, and values spreading the joy of music to students with an emphasis on good and healthy technique. She believes that a strong foundation in piano and ear training is essential for young students who wish to pursue singing. Along with her passion for singing is an equal appreciation of the piano and she loves to teach beginner students, since she believes that her piano training at an early age played a large role in shaping the person she is today!