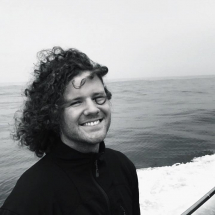 Alex is from Atlanta, Georgia, USA. Thanks to his parents, he began his studies in classical piano when he was four years old. His love for music is engrained in his soul.

He began his piano studies in Atlanta with Russian native, Aza Boguslavskiy, which led him to compete at a very young age in annual in-state competitions. He received top ratings in local and state-wide competitions from the Georgia Teachers Association and Georgia Music Educators Association.

Alex has always wanted to share his talents with others, much like his parents gave to him.

He began his studies in college with Ike Stubblefield, modern master of the Hammond B3 organ, who's played keyboards with the Motown review, including the Four Tops, The Temptations, Marvin Gaye, Stevie Wonder, Eric Clapton, The Jerry Garcia Band, George Benson, B.B. King, and Ike and Tina Tuner.

Graduating from Georgia State University, Alex completed a Bachelor's of Interdisciplinary Studies in Media Entrepreneurship focusing on Music Technology. He had the opportunity to continue his studies with Dr. Robert Scott Thompson, world renowned composer of ambient, instrumental, and electroacoustic music.

Alex has performed at the 20th Annual Ultra Music Festival with live act 'Kevens' and resides as the band's professional touring keyboardist.

Even before his formal education in music, straight from school, Alex started a progressive, ambient rock band and toured the United States for seven years performing 60+ shows a year. The band completed two full length studio albums in Nashville, TN.

An accomplished vocalist, Alex has been singing all his life and is currently working his first solo album. He has sang in countless Choral groups ranging from 60+ ensembles, quartets, Chamber Choruses, and Accapella groups.

Alex has a deep passion for all genres of music and understands the strategies that are required.

Whether you are looking to perfect your skills or you are just getting started, Alex can provide you with the expert tuition for your individual needs.

Alex says, "I cannot imagine life without music and sharing my passions and expertise with my students. This is where my heart is in teaching."

He believes that, "One of the most important things to pass onto our generations and the next, is the love and understanding of music."

"Music has the power to build strong personal character skills and the power to unite complete strangers. With the right foundation and instructor, I know music can be played and enjoyed by all."