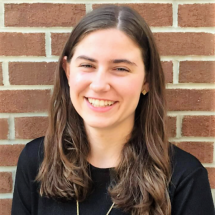 Victoria Lebanoff's love of music began in middle school, when she learned to play the flute,
which she continued all through her middle school, high school, and college years, many of those years as section leader. She performed with her high school wind ensemble in a multitude of festivals and competitions, including MPA (Music Performance Assessment), Solo and Ensemble, and two Heritage Festivals, excelling in many events. She began teaching flute privately as a senior in high school. She also began playing trumpet in her high school jazz band, and loves how this has allowed her to be involved in such a variety of musical performances and experiences. While attending the University of South Florida, she played both flute and trumpet in several university ensembles. She later went on to attend the University of Central Florida and earn her Bachelor's Degree.

In addition to concert wind instruments, Victoria also plays and teaches guitar and ukulele. She has sang and performed on guitar for many open mic nights, worship events, and other occasions. In 2016, she joined the band The Voiceless and began performing around central Florida. Her desire is to spread her love of music to as many people as possible, inspiring as many as she can to pick up instruments and express themselves creatively. She believes musicianship is not just a club for the elite, but that everyone has music inside of them.