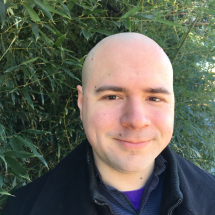 Timothy Barsotti is a pianist who lives and was raised in Herndon, Virginia. He first started taking piano lessons with local Suzuki teacher Nora Hamerman when he was 10 years old. In the piano, he found his passion in life and began composing his own music, learning how to improvise, and creating jazz arrangements of classical pieces he learned.

While he was a teenager, he studied under concert pianist and George Washington University professor Frank Conlon. During that time, Tim started a group with other teenage pianists he knew. With them, he organized an annual benefit concert that the group called “Keys for a Cause,” which they would all perform in. For the finale of each concert, they would find piano quartet arrangements of classical pieces like Beethoven’s Fifth Symphony and Camille Saint-Saens’ Danse Macabe to collaborate on and perform as a group.

From 2012 to 2015, he worked as pianist for First Baptist Church of Herndon, leading the congregation in hymns on Sunday morning, and accompanying the choir at rehearsals and in holiday programs for Christmas and Easter each year.

Learning to play the piano instilled a deep and abiding love of music in Tim. Some of his favorite classical composers include Tchaikovsky, Debussy, and Chopin. He also has a keen interest in orchestral music of all kinds, from film and video game scores to musicals and Great American Songbook standards.

Tim has been teaching piano students for 8 years and likes incorporating concepts from both the Suzuki method and traditional methods into his lessons. Tim believes that talent is something that can be cultivated in anyone, and that everyone can learn to play an instrument. He emphasizes developing a sensitive musical tone when playing, and creating a positive, music-rich environment for the student to learn in during both lessons and practice times.

Tim is still close friends with his first teacher Nora Hamerman, with whom he shares a music studio room and occasionally swaps teaching tips.