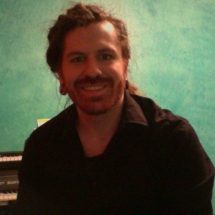 Taylor Manahan began playing music seriously at the age of 12 when he started playing Tuba at Marysville Middle School. The following year Taylor picked up the Trombone so that he could begin playing in Jazz Band. At age 14 Taylor began studying guitar and began playing in his first band, The Funkalicious Fresh Attack (The FFA), as well as playing solo, acoustic, folk music. Taylor recorded his first solo album entitled "It Don't Feel Good" just one year later at the age of 15. Taylor's early guitar work can also be heard on several singles released by The FFA as well. After discovering a love for singing, Taylor joined choir first at Marysville Middle School, and then taking a more serious perspective, he joined the Lake Stevens High School Vocal Jazz Choir, Jubilation. High School was a very inspirational time for Taylor musically. With guidance from the new band director, Neil Proff, and several choir directors including Evan Norberg, Taylor greatly improved on his technique and knowledge of theory in both Jazz and Classical. Taylor began leading sectionals in choir and eventually leading rehearsals when the directors were away. By his senior year Taylor was participating in every musical ensemble available to him. Playing Tuba, Trombone, Guitar, percussion, and singing in 3 bands and 3 choirs, his senior year was overflowing with music. From an early age Taylor knew he wanted to teach, and help develop a passion for music in new musicians. High School helped Taylor gain the confidence and skills needed to shine as a teacher, as well as a musician. At the age of 16 Taylor began giving guitar lessons to young people. Through the remainder of High School, Taylor taught students ranging from the ages of 6 to 18. This experience further solidified the idea that Taylor would indeed work towards being a teacher.

After graduating from Lake Stevens High School in 2008, Taylor had decided to follow the path of many choral directors and auditioned for Edmonds Community College's vocal jazz group, Soundsation. Having been accepted into the group Taylor would continue his music education at EDCC. Weeks into his time at EDCC he was asked to join the schools Jazz Band to play Bass Trombone. Loving the opportunity to play more music, Taylor was ecstatic at the opportunity. Taylor spent two years furthering his skills at EDCC under the instruction of monster musicians such as John Sanders in Jazz Band and Kirk Marcy in Choir. Taylor can be heard playing on 4 albums from EDCC's jazz band and Soundsation's 2009 & 2010 albums.

After a year off from school Taylor then went to Central Washington University in Ellensburg to study music education. At this time Taylor had started focusing purely on Voice. Singing in first Vocal Jazz 2, Men's Choir, and Concert Choir his first year and then Vocal Jazz 1, Chamber Choir, and Mens choir for his remaining time at CWU. After attending CWU for 2 and a half years, Taylor decided to refocus on instruments, mainly guitar. The 2 years after leaving Central and focusing on guitar, Taylor's musicality and knowledge had begun to soar. Teaching peers and practicing all day had rekindled Taylor's passion for teaching and his love for guitar.

Now he has returned to the Seattle area to pursue a career in music and Guitar. Taylor currently plays in the Mt. Pilchuck Big Band and sings in a church choir in Mountlake Terrace. He is working to get a Jazz/Funk/Fusion band off the ground, and teaching others, hoping to inspire more young musicians and to help to spread jazz through the Seattle area.