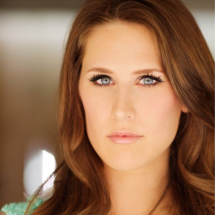 Coloratura soprano Suzanne Gregory is a native of Houston. She is currently singing with Opera in the Heights and the Houston Grand Opera, where she recently performed in Verdi’s Requiem and Jake Heggie’s world premiere of It’s a Wonderful Life. A graduate of Baylor University, Suzanne’s recent roles have been Madame Silberklang and Madame Herz in Die Schauspieldirektor, Lola in Gallantry, Mirinda in L’Ormindo, Berenice in La Clemenza di Tito, and Mrs. Sedley in Carlisle Floyd’s Prince of Players. She has also performed with the Dallas Symphony as well as the Houston Symphony. Suzanne was a finalist in the 2014 Classical Singer Competition, was accepted into the Summer OperaWorks Advanced Artists Program, and is a graduate of Boston University’s Tanglewood Institute. This past summer, she made her debut as Die Konigen der Nacht in Mozart’s Die Zauberflote at the Berlin Opera Academy in Berlin, Germany. Suzanne lives in the Houston area and continues to study voice with baritone and uncle, Lee Gregory, and acting with soprano and aunt, Kelly Kaduce. She was offered the role of Zerbinetta in Strauss’ Ariadne auf Naxos in Berlin, Germany, and is currently singing the roles of the Witch, Mother, and the Dew Fairy in Houston Grand Opera’s Opera to Go production of Hansel & Gretel.

Suzanne is passionate about sharing her musical knowledge with others in the form of teaching. As each person responds differently to technique, she trains students according to their specific needs, goals, and ability. She hopes to ignite a passion for music within each of her students.