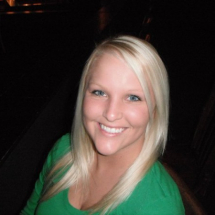 Stephanie was raised in a small town in Nebraska. She attended college at Wayne State College in her hometown. In 2011, she received a Bachelor's degree in Foods and Nutrition. Shortly after graduation, she moved to Denver and instantly fell in love with Colorado.

Stephanie enjoys a vast array of musical artists and genres. You can find her listening to the Beatles one day and singing along to Garth Brooks the next. Her upbeat personality and knowledge of music will make the learning process effortless for students. She is very excited to help spread the joy of music throughout Denver!

What You Need To Know About Online Voice Lessons