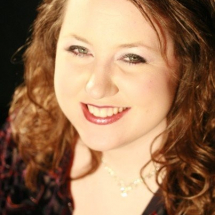 Sally Rose Bates, mezzo-soprano, earned a Masters Degree in Vocal Performance from the Georgia State University with a full scholarship and stipend to attend and an Undergraduate Degree in Vocal Performance from the University of Wisconsin-Whitewater also with a scholarship to study. In addition, she has studied piano for twenty years to also include collegiate studies as well as accompanying choirs and soloists. Sally has performed numerous lead vocal roles including, Dorabella (Cosi fan tutte), Marcellina (Marriage of Figaro), Zita (Gianni Schicchi), Sister Miriam (The Three Hermits), Lola (Gallantry), Edith (Pirates of Penzance), and Miss Jones (How to Succeed in Business), which are just some of her most recent career highlights. Sally has been a featured soloist and performer in the La Musica Lirica Opera Festivals in Urbania and Nova Feltria, Italy during 2003-2007. She has sung at Carnegie Hall with the Atlanta Symphony Orchestra Chorus, Overture Center with Madison Opera, Rialto Theatre with Georgia State Opera, Conant Theatre with Capital City Opera, Cole Auditorium, Reinhardt University's Falany Performing Arts Center and Douglass Theatre with Peach State Opera as well as the Stoughton Opera Company in Wisconsin just to name a few. In 2010 Sally won the prestigious NATS 1st place award in the Advanced Adult Women category. In 2011 she was a Finalist in the worldwide renowned American's Traditions Competition. Sally performs with Atlanta Opera at the Cobb Energy Center as well as frequently throughout the greater Atlanta area to include many solo church appearances. She also does singing TV tapings for Channel 6 at AIB Studios with Hal Brady Ministries.

In addition to performing, Sally has taught K-4th grade music and was the Chorale Director at the Wood Acres School for three years. She also taught preschool general music classes and led performances at the Dunwoody Baptist Preschool. Sally or "Ms. Sally" has been teaching private voice, piano and theory lessons for roughly fifteen years now for all ages, styles and levels of students. Sally has been called a true "vocal technician" who promotes a singer to develop into a strong artist that truly learns to practice "the art of singing" through performance opportunities. She specializes in teaching private voice, leading masterclasses, preparing students for events such as Allstate Chorus, GMEA, Governor Honor's Chorus, Spivey Hall auditions, Atlanta Opera H. S. Summer Institute program, Atlanta Parent Magazine competition, ABRSM Theory and Practical Exams just to name a few. Additionally, she preps students for college and professional singing auditions as well as being a vocal coach on recording sessions. Sally's success as a teacher lies in the fact that she tailors each lesson to the individual needs/goals of that specific student to help them achieve high musical growth and many accolades. She has had children and adult students selected for Capitol City Opera and Atlanta Opera Company productions as well as having the highest scoring ABRSM Competition Vocalist in the entire state of GA. Many of her students have gone on to study music in college or have launched professional singing careers under her guidance.