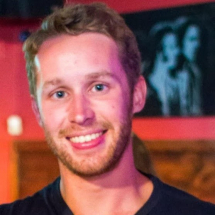 Ryan Foley has been a violinist for twenty two years, and a violist for twelve. He is an experienced and passionate educator, performer and entrepreneur. As a teacher he emphasizes a technical foundation and emotional involvement centered around the interests of each individual student. Foley’s most important goal of lessons is to help students realize what music means to them.


Ryan Foley has performed at Carnegie Hall for two seasons with the New York Youth Symphony. He has given solo and chamber music performances in six countries and sixteen states.

Originally from Stony Brook, New York, Foley earned a Bachelor of Music degree in Violin Performance from the State University of New York at Purchase College, studying under Calvin Wiersma. He won a Fellowship from Florida International University and spent time in Miami, studying viola under Michael Klotz. Currently he is pursuing a Master of Music degree in Violin Performance from University of Colorado, Boulder, studying under the Boulder Philharmonic Concertmaster, Charles Wetherbee.

He began studying violin at age four with the Suzuki Method. Since then he has received a Suzuki teaching certification and worked with many students to enhance their enjoyment and appreciation of a wide range of musical styles.

At the core of Foley’s musical philosophy is that every performance should tell a story from beginning to end. This is the approach he takes towards each piece, whether it was written hundreds of years ago, or last week.