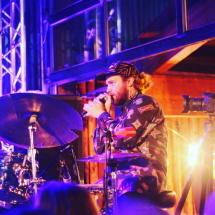 Rob has been playing the drums since the age of 12. Music has taken him across the country and the world throughout his years playing original music in a handful of bands across a multitude of genres. Rob's foundation for teaching stems from 15+ years of his own study in both private lessons, as well as college at Macalester College in Saint Paul, MN.

A genuine love for the instrument, as well as a reverence and passion for teaching has led him to teaching private lessons for 8 years now. Rob enjoys getting to know his students and using the drums as a vehicle for developing positive habits, self belief, and creative expression.