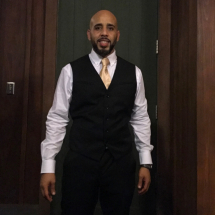 Remy Martinez was born in the Bronx of New York but moved to Miami as a child where at age six his Uncle, a musician from the Dominican Republic had him pick up the Saxophone. After just a few moments of blowing into the sax, Remy's Uncle turned to his Father and said, "Your son will be a great Saxophone Player"! And that is exactly what happened. He continued to play throughout his childhood and High School, influenced by great musicians such as Charlie Parker, Gerald Albright and John Coltrane to name a few. Later he was part of a Jazz Group called The BUM Boys (Brothers United by Music) He was accepted to Florida A&M University on a full scholarship and became the lead Tenor Saxophone on one of the University Jazz Bands. Remy has become a very versatile musician on Tenor/Alto Sax and continues to accomplish many more instruments on his musical journey. Remy earned a Bachelors Degree in Music Production from Full Sail University.

Remy is now performing with various bands in the Atlanta area, playing different styles of music from Mo-town, funk, Jazz, Top 40, etc.... Very passionate about music and teaching others the knowledge that he has picked up over the years.