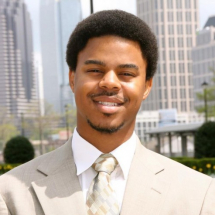 Philip Adair was born and raised in Decatur, GA, where he began playing the piano at the age of seven. He took lessons from a man down the street in his neighborhood, riding his bike there every weekend. He was fascinated by classical music, and by the time he was 10 he was playing pieces by Mozart, Beethoven, and Chopin - he would often play at recitals and on special occasions at church. As he got into his teens he began to develop an appreciation for other styles of music, including jazz, and as a senior at Chamblee Charter High School, he played the piano in the advanced jazz band and took AP Music Theory. Philip graduated high school in 2005, and after being accepted to several colleges including Berklee College of Music, for financial reasons he decided to attend the University of Memphis. There he played in several school jazz combos, as well as at church services and venues in the Memphis area, including many on Beale Street.

A year and a half into his career at U of M, Huston-Tillotson University in Austin, TX offered Philip a full scholarship to help rebuild the jazz program there, along with a couple of friends he met in Memphis, and a Jazz band director also recruited from Memphis. While in Austin, Philip played keyboards in the original band "Soul Kitchan" with his Memphis friends, and in many other local bands, as well as two churches every Sunday. In school, he tutored several of his fellow students in math, music theory, music history, and writing, while teaching piano lessons on the side - he also participated in the 2009 education summit held by the Austin Area Alliance of Black School Educators at Reagan High School. Most notably, Philip represented H.T.U. in the 2009 National HBCU All-Star Big Band in New York City, helping to give the school its first national representation in a jazz group. Philip Adair graduated from Huston-Tillotson in 2012 with a bachelor's degree in Music Performance - he now resides in Atlanta, GA where he teaches piano lessons, performs locally during the week, and travels with a corporate band on weekends.