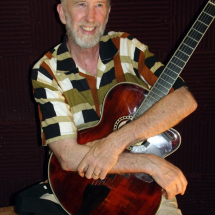 Education: University of Washington; Cornish College of the Arts

This quotation from Beethoven speaks to Paul’s heart and has been at the core of his study ,performance and teaching of music.

A native of Seattle, growing up in a music rich environment, the son of a professional trombonist, he had the benefit of classical piano lessons at a young age and private guitar lessons as a teen. He studied with professional musicians at Garfield High School and played in the North Seattle Community College stage band. He studied at the Cornish School of Arts and at the University of Washington. His musical pursuits in performance and songwriting took him around the world. He performed with bands throughout the Pacific Northwest and across Canada. He acted as Music Director and co-songwriter on a tour of Australia with Gene McDaniels . He worked on a production team in New York City, writing, recording, and performing original works for professional artists, including Nancy Wilson , Michel Legrande , and Dianne Schuur.

In addition to his pursuits in the Jazz world, Paul has developed a set of skills in the Gospel genre, having worked as an accompanist to numerous soloists, choirs, praise teams, and vocal groups, including The Total Experience Choir. He is acting minister of music for the King of Glory ministries. Paul has worked as a Praise Team Director for over 20 years and worked with and sang with professionals in many settings . He has also had professional vocal lessons from George Peckham of Seattle. With his knowledge of theory and technique–and his experience over a broad range of genres Paul is comfortable teaching students of all skills, ages, and ambitions.

Paul is an experienced instructor who has practical experience teaching in a variety of settings. His goal is to inspire every student and give them the tools and skills they need for creative expression– no matter what style.

He feels that passing on the tradition of learning an instrument is one of the greatest gifts he can give. Paul puts a lot of care and attention into each of his students as individuals. He focuses on their interest and delivers a well-rounded curriculum, so they can enjoy their instrument throughout life. He is looking forward to working with each student.

University of Washington; Cornish College of the Arts