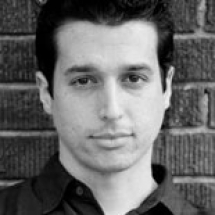 Nick Edelstein is an accomplished multi-instrumentalist who has made his living through many avenues in the music industry over the past decade. Born in Deltona, Florida with a highly gifted ear, Nick began formal piano lessons at the age of 4 before going on to receive the Louis Armstrong Jazz Award (writing, arranging), U.S. Marine Corps Semper Fidelis Award (drum major), and Coca-Cola's Fine Arts Award (performance) at Dunwoody High School, and achieving principal chair (trombone) in the DeKalb Youth Symphony Orchestra. At the University of Georgia, Nick studied guitar with Dr. John Sutherland and Dr. Philip Snyder, piano with Dr. Ivan Frazier, Jazz improvisation with Steve Dancz, composition, and comparative literature. He also played in the Basketball Band scholarship program, Redcoat Marching Band, and Trombone Choir, along with his solo efforts on the Athens scene.

Edelstein is a registered BMI songwriter/composer, and his work has been featured on TV and FM radio worldwide including live on-air performances. From 2006-07, he engineered the Music Junkies podcast produced by Shawn Williams (WNNX 99.1 FM aka 99X/Q100), working with artists like Juliana Finch and Joshua Radin. Currently, Nick is taping a 50-video guitar lesson series for Strummer.TV

Nick, his wife Sara and their son David have been active members of the greater Decatur and Avondale communities since moving to Forrest Hills in 2008.

Nick Edelstein is endorsed by Holland Guitars, and is a member of NARAS (The Recording Academy, GRAMMYs)