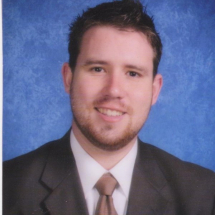 Nathan Addison started playing saxophone when he was nine years old. He currently resides in Decatur, Georgia and holds a Bachelors in Music
from the University of New Orleans and received his Certification for Instrumental Music Education from Edgewood College in Madison,
Wisconsin. Nathan attended Sun Prairie High School in Wisconsin where he participated in several bands including the Jazz Ensemble I,
the Wind Ensemble, and the Sound of Sun Prairie. In those four years he participated in the Essentially Ellington Festival in New York, the
Fame International Band Competition in Branson, Missouri, and the Mid American Competing Band Director’s Association (MACBDA) Marching
Band Finals in Traverse City, Michigan. The Sun Prairie band program is well known for excellence both nationally and internationally. Much of
Nathan’s success can be attributed to his music directors, Bernie Powers, Steve Sveum, and Ken Paris, but all throughout middle school
and high school Nathan learned most of his technique and music theory from his private lessons instructor, Dan Wallach.

After high school Nathan became a music performance major first at the University of Wisconsin-Platteville, under the direction of Barry Ellis,
and then at the University of New Orleans Jazz Studies Program, under the direction of Ed “Sweetbread”Petersen. Working with professors like
Harold Batiste, Victor Atkins, Steve Masakowski, and Brian Seeger, as well as local pros like Alvin Batiste, John Santos, Jeffrey “Tain” Watts,
Ellis Marsalis, Jason Marsalis, and Leah Chase was an eye opening experience for Nathan. He stopped focusing his attention on the
instrument and started to focus on the creation of music. Nathan went back to school to get his teaching certification from Edgewood College
in Madison, Wisconsin. There he learned to teach brass from Walter Rich, flute from Liz Marshall, strings from Laura Burns, percussion from
Todd Hammes, and conducting from Julie Dunbar and Burt Pinsonneault. Nathan was honored to work with students at Madison
East High School under director Mark Saltzman as a student teacher.

Outside of school Nathan has played with several bands from Teflon Don in Orlando, Florida, to the Madison Mellophonium Jazz Orchestra in
Madison, Wisconsin. He played in the horn section of Johnny Plastic and the Rubber Band, and started his own group in Madison called the
State Street Jazz Collective. There he was able to experiment with his own writing and direction. Nathan also served as a mentor to high
school students looking to form their own groups in the Madison area.

The sum of his experiences in music and education has resulted in a teaching style that emphasizes balance. Music theory, ear training,
reading, technique, history, composition, and improvisation are all taught with equal passion and importance. Nathan believes that music
is a special kind of language and that learning any new language is a long, slow going, but highly rewarding experience. Nathan makes sure
to set long term and short term goals with his all of his students. Nathan is certified to teach woodwinds, brass, percussion, and strings,
but specializes in saxophones, clarinets, flute, jazz styles and improvisation, music theory, jazz theory, and composition and arranging.

Nathan knows that students have different backgrounds, abilities, resources, and experience. That is why Nathan makes sure to tailor his
lessons to each student individually. Nathan will find the best way for your student to learn and will adjust lesson plans to match your
student’s learning style. Nathan firmly believes that every student is capable of learning if they want to.