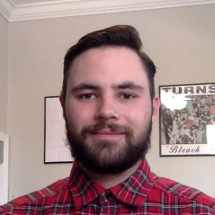 Matt has been playing music for as long as he can recall. What started out as an obsession to make a ruckus in his family kitchen eventually led to his first guitar lesson. In high school he played in numerous local bands and even survived his myspace stage. After graduating he attended Florida State University where he received a degree in music. During that time he played among local and national talent, including George Clinton at the Ruby Diamond Concert Hall in Tallahassee, FL. He was involved with numerous ensemble and was grateful to learn from some of the best performers in the country. Matt finds inspiration from rock, jazz, soul, and strong coffee. He currently teaches guitar, bass, ukulele, songwriting and production.