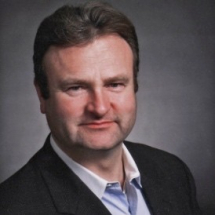 Luke Doubravsky studied piano in the Cities of Prague and Brno in the Czech Republic. In Brno, he graduated from the Brno Conservatory with Performance Diploma at the age of fifteen and started to teach. After moving to Seattle, he continued to study at the University of Washington and teach private students. Luke has been a private piano teacher in the Seattle area since 1987 and has taught students of all ages, multiple nationalities and diverse cultures. In 2001, he served as a piano teacher at The Bellevue College.

Besides instructing, he has been engaged in numerous concerts. As a performing artist, he has played for venues in Seattle, Las Vegas, New York and European stages. In the years 1996 to 2003, he has been the Performing Pianist for The Westin Hotel, Seattle. Currently, he is registered with Seattle and Las Vegas entertainment agencies. Throughout his career, he accompanied choirs, instrumentalists, and vocalists.

Some of Luke's most memorable piano performances are the New Year's Eves at Space Needle, the Westin Hotel, at which he played for 7 years, the fundraiser organized by the Chihuly Foundation, the New York Bohemian Hall and Andre Agassi College Preparatory Academy party.