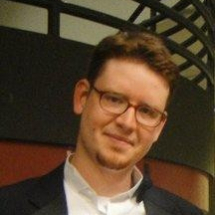 Originally from San Juan, Puerto Rico, Luis moved to San Antonio, Texas with his family when he was 7 years old. Luis Perez began playing the violin at age 10 through his public school. At 16 he began to play the viola under the guidance of his violin teacher, San Antonio Symphony violinist Long Zhou. It was under Mr. Zhou's direction that Luis participated in a three-week tour of The People's Republic of China, where he performed as part of a 20 piece ensemble that was invited to perform in several major cities, including Beijing, Shanghai, and Hong Kong.

Luis is finishing his Bachelors of Music in Viola Performance from the University of Houston, where he studies with Houston Symphony principal viola, Wayne Brooks. Orchestral engagements include Kerrville's "Symphony of the Hills" and the Texas Music Festival.