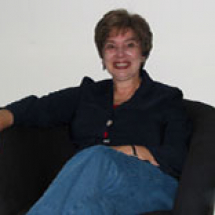 Seattle Piano Lesson Teacher Lucy Wenger was born in New York City. She began studying piano at the age of 13 after moving to Tucson, Arizona. She attended Mills College in Oakland, California on a piano scholarship and studied there with Bernhard Abramowitsch and Darius Milhaud. During this time she had the honor to be chosen by Igor Stravinsky to perform at the International Stravinsky Festival in Berkeley, California.

During her years in California, Lucy’s musical horizons were broadened through studies at Fontainebleau, France and master classes in England with Denise Lassimonne and Frank Mannheimer.

After receiving her B.A. degree, Lucy went on to earn an M.A in Music History from University of Oregon-Eugene. More graduate studies followed in the Doctoral Program at the University of Arizona in Tucson.

Lucy Wenger’s playing has an extraordinary ability to reach the listener, and has been called “warm and lyrical” with “great clarity and intensity.”