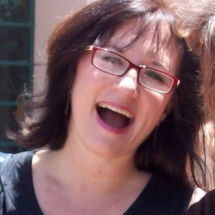 Laurie Sloan grew up in Roswell, New Mexico, where she began playing the piano at age 5. Her mother was a piano teacher, so she developed a love for music at an early age. She continued to take voice and piano lessons and to sing and play the piano in numerous musical groups and productions throughout high school and college. She graduated with a Choral Music Degree with a Vocal emphasis from Eastern New Mexico University.

Laurie has taught public school chorus and general music, as well as private lessons, for many years. Her most current job has been to teach Chorus and Performing Arts to 240 middle school students in Saint Augustine, Florida. It is her passion to help students develop their musical abilities and to prepare them for auditions and competitions. Her groups have won several Best in Show awards at district festivals.