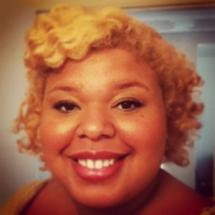 Lauren Wright (Mezzo-Soprano), born in Cleveland, Ohio, currently lives in Atlanta, where she is working with The Atlanta Opera as well as Capitol City Opera. She received her Master of Music degree from Georgia State University ! in Vocal Performance.

During her undergraduate years at Oakwood University, in Huntsville, Alabama, Lauren was afforded many opportunities for performance, including The Verdi's Requiem (2006), Signor Deluso (2007), traveling to Spain and Portugual (2007& 2008), and performing the role of Miss Todd in Menotti's The Old Maid and The Thief (2009). She graduated in 2009 with her Bachelor of Music degree in Vocal Performance and Pedagogy. Lauren was then accepted into Georgia State University for the Masters program in Music. During her time there she was able to perform the roles of Baba in Menotti's The Medium, Marcellina in Le Nozze di Figaro, and Cecilia March in Adamo's Little Women. She was also chosen to be apart of the cultural exchange program with Renmin University in Beijing, China. While there she was able to study with Yang Yi, Wagnerian Baritone, and perform in local concerts and recitals. She graduated from Georgia State University in May, 2013.

Recently, she was apart of the Sarasota Opera's Young Apprentice program, where she was able to cover the role of Mary in Wagner's The Flying Dutchman, and was granted to Sarasota Opera Guild Young Artist Award.

Lauren has a passion for music and for sharing the gift with anyone who is interested in learning. Her studio consist of students of all ages. She believes everyone can learn something new about themselves from music. She teaches all genres of music and loves seeing growth in her students. She enjoys teaching, and believes that there is no one set way to teach. Every person is different and every student learns differently. She makes sure to tailor her teaching method to your learning method, making sure to offer her students individualized lessons.