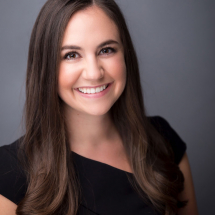 Soprano Laura Broscow graduated with her Master's degree in Vocal Performance from Michigan State University in 2018. This season, Laura joined the Houston Chamber Choir at the Houston Holocaust Museum as the guest soprano soloist for James Whitbourn's, Annelies, the first choral setting of Anne Frank's Diary of a Young Girl. Following her win at the John Alexander National Vocal Competition, Laura sang on Mississippi Opera's Stage Stars of Tomorrow Gala concert. Last season, she appeared as First Boy in productions of The Magic Flute with Toledo Opera and Opera Grand Rapids, and she joined Pacific Opera Project's "Super" Magic Flute production as Papagena. In the 2016-2017 season, Laura was seen as First Bridesmaid in Le nozze di Figaro at Opera Grand Rapids. Laura is a native of Southern California, and a proud alumna of the University of Arizona Fred Fox School of Music. Her collegiate performance highlights include Gretel in Hansel and Gretel and Rose Maurrant in Street Scene, as well as being in Michigan State University's first-ever Outreach Opera.

A native of Southern California, Laura completed her undergraduate music studies at University of Arizona where she sang the roles of Colette in Gluck's L'Ivrogne corrige and Miss Pinkerton in The Old Maid and the Thief. She was also awarded in the Marguerite Ough Vocal Competition, the Amelia Rieman Opera Competition, and Arizona Opera Guild's "Quest for the Best" Competition.

Laura has attended several prestigious summer training programs, most notably Opera in the Ozarks, where she sang Barbarina (Susanna cover) in Le nozze di Figaro and Mrs. Hayes in Susannah, as well as Le Chiavi di Bel Canto at the Texas Music Festival, and CoOPERAtive.