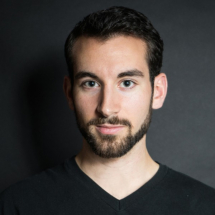 Kyle Donovan is a songwriter, teacher, and performer based in Denver,
CO. Born and raised in Upstate New York, he migrated to Colorado in
2009 to pursue higher education at the University of Colorado. During his
time at CU-Boulder, Kyle studied Political Science and Philosophy while
leading the state's oldest a cappella group, the Buffoons, serving as their
music director and composing a cappella arrangements for an award-
winning studio album.

Kyle has been playing guitar since age 14 and singing since he was small.
Though his early singing years were characterized by choral groups, he
has more recently lent his voice to vocal jazz ensembles, a cappella
groups, barbershop quartets, and independent bands here in Colorado.

His love of music and performance has taken him all around the country
as a solo performer. The stories he's collected along the way are
encapsulated in the two studio albums he's released with his band, Miles
Wide. The songwriter plays in numerous independent projects along the
Front Range, including Miles Wide, The Constellation Collective, and
Summerland Sun. Throughout the year, he performs at nearly 100 shows,
playing guitar and singing for audiences throughout the glorious state of
Colorado.

Kyle also leads a children's music program based in Denver called "Songs
for Seeds," and works as a live sound engineer at multiple venues in the
Denver/Boulder area. Passionate about passing music on to younger
generations, Kyle teaches guitar and voice lessons to students of all ages.
His primary concern is making sure students feel engaged and
empowered by his lessons to have fun with music!