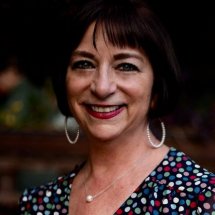 Kimberly is a pianist, vocalist and songwriter who has many years of performance and teaching experience. Her love for music began at the age of 9 in a small, quaint town in Vermont. During her high school career, Kimberly was selected to be a part of the All State Chorus and accompanied her high school chorus. She also studied the flute from Age 10 through her first year of college. She attended Johnson State College and received her B.A. in Piano Performance with a minor in Piano Pedagogy.
After graduating from college, Kimberly decided to leave the snow and cold weather and move to Naples, Florida. It was here that her business grew very quickly in both aspects of her career. She began performing in many upscale venues such as The Ritz Carlton and various other hotels, restaurants and private clubs. It was at The Registry Hotel that Kimberly had the opportunity to play for and meet Willie Nelson and performed for a gathering for President Ford.

Her business continued to flourished after moving to Atlanta. She began performing at The Cherokee Town Club in Buckhead and played there for 17 years. In addition to her teaching and performing she spent three years working for Whitfield Academy accompanying the Middle School Chorus in Atlanta. Ms. Izor has always been involved in music in her church singing and playing piano for many years. When the Director left her position, Kimberly was given the opportunity for the job. She was responsible for accompanying, directing as well as choosing all of the music for each Mass at The Cathedral of Christ the King in Buckhead. This was a very challenging yet wonderful experience. Kimberly also auditioned and was accepted into the Michael O’Neal Singers in Roswell. This is a chorus of approximately 180 singers and was an amazing experience as well. She continued to pursue her songwriting and recorded a CD which had always been a dream of hers. This is one of Kimberly’s proudest accomplishments. She is hoping to do a follow up in the very near future.

Ms. Izor is passionate about her teaching and loves sharing her knowledge
of music to those of all ages. From classical to improvisation, she is able to offer insight to all genres of music. Kimberly’s goal is to instill and inspire her students so that music becomes a passion that will last a lifetime.