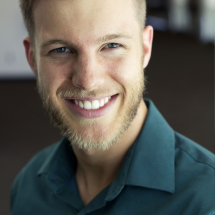 Music is a tool we use to understand ourselves, communicate with others, and come together as communities. Kevin is a believer in both the power and usefulness of music.

Kevin developed his ears to ear any music being played, and became able to translate it onto a keyboard. The ability to do so comes from studying and understanding simple principles of music theory. Music theory is often thought of as a drudging chore that gets in the way of playing music. Kevin disagrees and delineates the concepts in engaging ways. He has a special talent for explaining otherwise complex and difficult concepts of music theory in ways that are comprehensible for all ages. No matter what future a student has in music, Kevin will insist that music theory does have a place in that future. Just because its important doesn't mean it can't be fun!

Kevin has been playing with several church congregations for over fourteen years. Church music has always been his pillar of teaching standard conservative music principles and form. He studied the pipe organ with Dr. Daniel Kerr and holds a bachelor's degree in organ performance. While his organ repertoire mostly represents the baroque period, he understands and enjoys teaching modern styles as well. While Kevin is open for teaching the organ to all ages, he strongly encourages children to first learn piano at least until their feet can reach the pedals.

On weekends Kevin plays at restaurants, clubs, and venues with a handful of local jazz and r&b bands. He believes that musicians should have fun in every performance they find themselves in. Both on stages with bands and in accompaniment, the arts of listening and collaboration are unique skills that are tied to working with any instrument. currently works as a music producer making media that airs on public broadcasting stations. He doesn't believe most standardized music programs help students to communicate in the modern world with other musicians, and wants to give his students a chance to go in any number of various directions with their skills and passion. He also works in collaboration with a library music studio, helping to produce music tracks that are aired on national broadcasts via radio and TV. Students often use him as a resource in their desires to branch out to many new directions. For students that are seeking a performance centered education, Kevin teaches to their needs, and has a lot of useful perspective to the context of each performance.