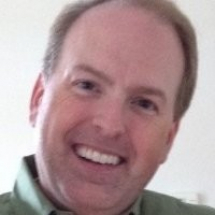 A Georgia native with a lifelong love of music, Keith has resided in the Atlanta area for most of his adult years. He has a wealth of experience as a tenor vocalist in choral settings. His wide portfolio also includes piano and organ instruction and performance, voice instruction, and handbell choir direction. He has arranged English handbell pieces for solo ringing and quartet.

He is a graduate of Augusta State University, where he studied vocal performance under the direction of Bill Hobbins, PhD and Linda Bannister, PhD. Prior to college, he received years of professional voice, piano, and organ instruction, beginning at the age of seven. Keith also studied conducting with the late Melvin Brown, Director of the Augusta Choral Society.

Keith has experience as a staff instructor for the Neighborhood Music Schools of Georgia State University and as Music School Director for the Peachtree Presbyterian Music School, both in Atlanta. He is an experienced handbell clinician, has directed children's choirs, English handbell choirs, and served as a staff accompanist in churches in Atlanta, Augusta, and Vidalia, Georgia. In addition to his career as a Corporate Accountant, Keith sustains an active teaching studio.

During the Fall and Winter of 2012 and 2013, Keith began expanding on his abilities in organ performance. He is an active member of the American Guild of Organists, has attended studies at Julliard in New York and is engaged as guest organist at venues in both Manhattan and Atlanta.

In November 2012, Keith further broadened his horizons into the world of acting. He was the pianist in the Lifetime movie, "Anna Nicole Smith", starring Agnes Bruckner and Martin Landau.
Above all, Keith's greatest joys are his family and his faith.