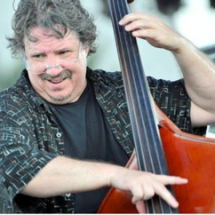 Keith, also known Internationally as k-dub, keeperodafunk, has played bass and guitar for 40 years. He studied music at Georgia State University and has played in Atlanta and the southeast for decades both as a leader and as a sideman covering musical genres from gospel to avant-garde. The past few years have found him studying with some of the world's greatest bassist and musician's including Victor Wooten, Steve Bailey, Jimmy Haslip, Mike Pope, Gary Willis, Gerald Veasley and Gregg Bissonnette.

Keith has played or recorded with Tinsley Ellis, Barry Richman, Gerry Byrd (Freddy Cole), Eric Essex and Dr. Dan Matrazzo, (Aquarium Rescue Unit). He has recorded a jazz fusion record with Steve Freeman, founder of the Atlanta Institute of Music and a straight ahead jazz record with his own group, The Jay Norem/Keith White Quartet, on which he played upright bass. This band most recently played at the 2010 Atlanta Jazz Festival where they shared the stage with notable musicians such as Esperanza Spalding, Trombone Shorty and Marcus Miller.