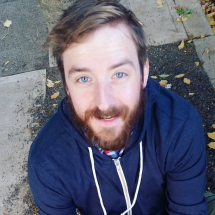 Karl's teaching philosophy relies on creating a fun, comfortable environment for both learning and creative expression. He believes you need this relaxed approach just as much as disciplined focus on technique or music theory, and that the "fun" aspects of playing (like "jamming" or learning your favorite songs) can even help you learn the greater mathematical patterns of music theory, or physical motions of how music is played. His career both in academia and the "real world" reflect this.

However, he's been even busier in contemporary and popular genres - he played EMP SoundOff! in 2004, Miami Music Festival in 2009, SXSW in 2019, and numerous smaller festivals in-between. He's has shared stages and studios with acts ranging from Wynton Marsalis and Chick Corea to Ying Yang Twins and David Arquette, and has been on multiple national tours (and counting). His groups have been featured in The Seattle P-I, The Stranger, Miami New Times, and countless blogs; he's been signed to several small-label deals through these ventures as well. When not touring, teaching, performing or recording, he continues to pursue his love of musical expression through audio production work (which is a self-taught passion), both for fun and as a freelancer.

This dedication to keeping lessons enjoyable has helped Karl prepare students for their own sold-out shows at Seattle clubs and festivals, Hollywood roles as musicians, or simply school band concerts and solo recitals. He has experience with students of all ages, as well as students with Down Syndrome, autism, and both visual or hearing impairment. His chief interests outside of music include soccer and other arts, but frankly, nothing compares to his love of sound. Which is why he believes anyone can thrive on their instrument it if they're given enough leeway to find their own source of dedication.