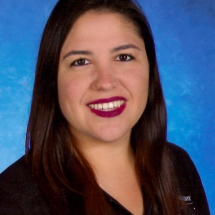 Kadhine Brennan is a singer, actress and educator born and raised in Miami, FL. She received a Bachelor of Science in Music Education from the University of South Florida and a Master of Science in Music Education from Florida International University. In addition to her collegiate music training, Kadhine has studied classical, pop/rock and musical theater voice training, song interpretation and stage presence from Cuban artist Delia Diaz de Villegas and Dr. Liana Valente.

On a stage since the age of 9, Kadhine has performed in several venues here in Miami, such as the Manuel Artime Theater, the University of Miami Gusman Hall and South Miami Dade Cultural Arts Center. She can be heard singing back up vocals for Delia Diaz de Villegas' album "Madriguera". While living in Tampa, Kadhine was a member of Masque Community Theater where she performed the role of Sarah in Stephen Sondheim's "Company" and in Maltby and Shire's "Closer Than Ever". She can currently be heard singing as a choir member with the Civic Chorale of Greater Miami under the direction of Misty Bermudez. Kadhine has been a public school music teacher since 2011. In 2015, she received training and certification from Little Kids Rock, a non-profit music education advocacy organization.

Currently Mrs. Brennan works at Mater Academy Cutler Bay where she teaches General Music, Choir, Guitar, Modern Band and Theatre and at Centro Campesino where she provides ELA/Reading Tutoring for students in K-8 grade. In addition to public school teaching, Kadhine has also maintained an active private studio for voice, piano and guitar. When not involved in performances or teaching, Kadhine likes to spend time with her husband and son.