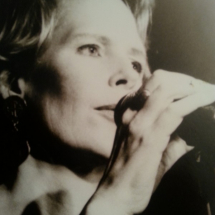 Julie has had an international performing career working in America, London, and France.

Julie received her Bachelor of Arts in music/vocal emphasis, Including; choral conducting, piano levels I-IV, and vocal performance. She also has a minor in French.

She now resides in Denver where she performs regularly on the Denver jazz circuit, notably every Sunday morning at Dazzle jazz Club for "The Urban Brunch". She loves teaching students and passing on her love for music to them!