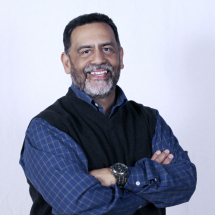 Jaytee at the age of 10 years old received his first snare drum and started learning how to play that thing. In a few short years when he was an 8th grader, his Jr. High School went into the recording studio and “cut” an album! Jaytee played drum kit on 4 of the 6 tracks which meant the two 9th graders, also playing drums, only played one track each. This was the start of Jaytee’s musical journey!

After that experience, Jaytee went on to high school and led the snare drum line in the marching band and played drum kit in the jazz band. He won many awards during his high school time. Jaytee began teaching private lessons as a Senior in High School. In college, Jaytee spent 5 years learning music to be a band director. He attended the University of Northern Colorado and Metro State. This is where he learned multiple instruments but settled in on drums first and piano as a second. He enjoys jamming on his bass guitar too although he’s not ready to win any awards on that… yet!
After college, he decided to create a music production company and has ran that for over 34 years now.

Jaytee got to play professionally after college and up till recently. He has played with some of the oldies greats like Sha-Na-Na, (Bowzer), Leslie Gore, The Drifters, Derek Ventura, and more as the oldies tours came through Denver in the mid 90’s. He has met and done either music or production with greats like Kenny Rogers, Rita Moreno, Bobby Z (Prince’s Drummer) and The Blues Brothers.

As a seasoned musician and production wizard, Jaytee now loves to teach students how music and its magic can change a life. “Students who learn an instrument early on in life, will do better scholastically in school”. Music is a gift and it’s a passion for Jaytee to teach and show how music is one of the biggest blessings in life. “One of the best ways to express yourself and make a difference in this world is to lay it all on the line with your instrument. Go and share God’s gift to all who will listen”.

Jaytee can’t wait to meet you and begin the journey of what music has in store for you!